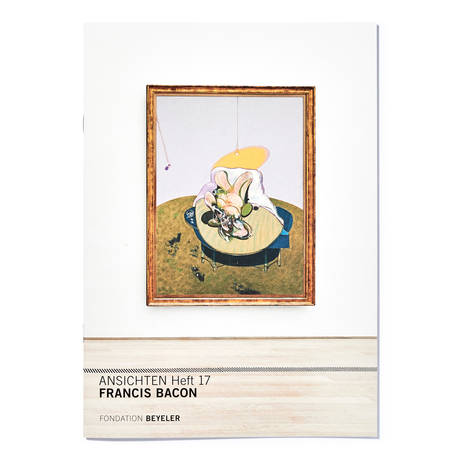 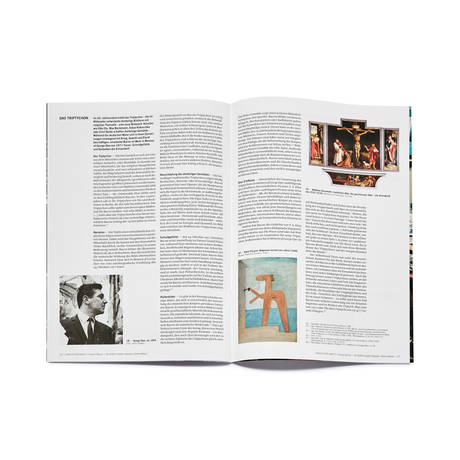 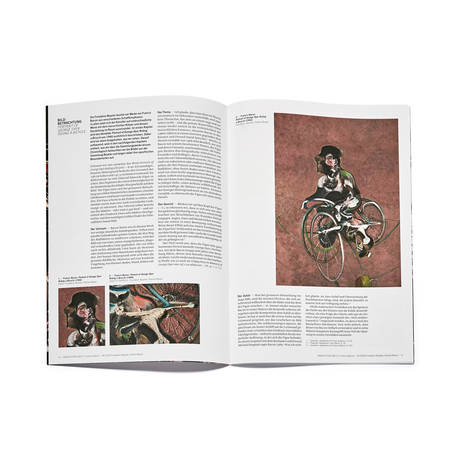 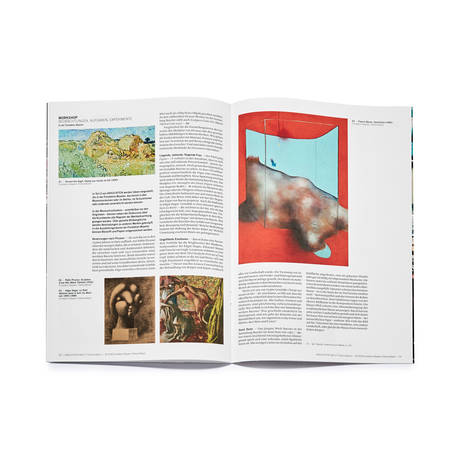 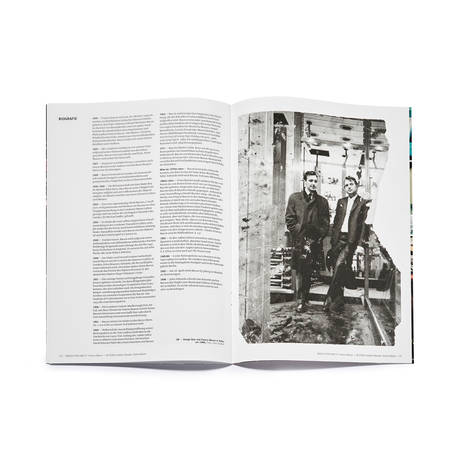 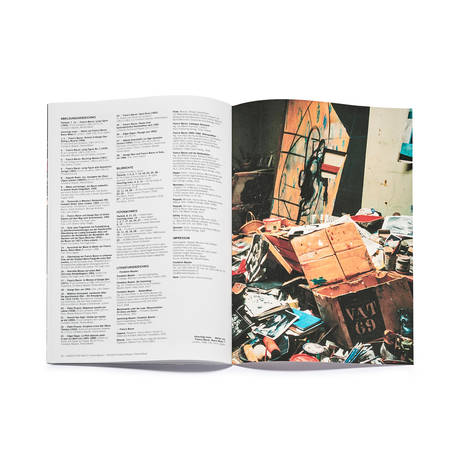 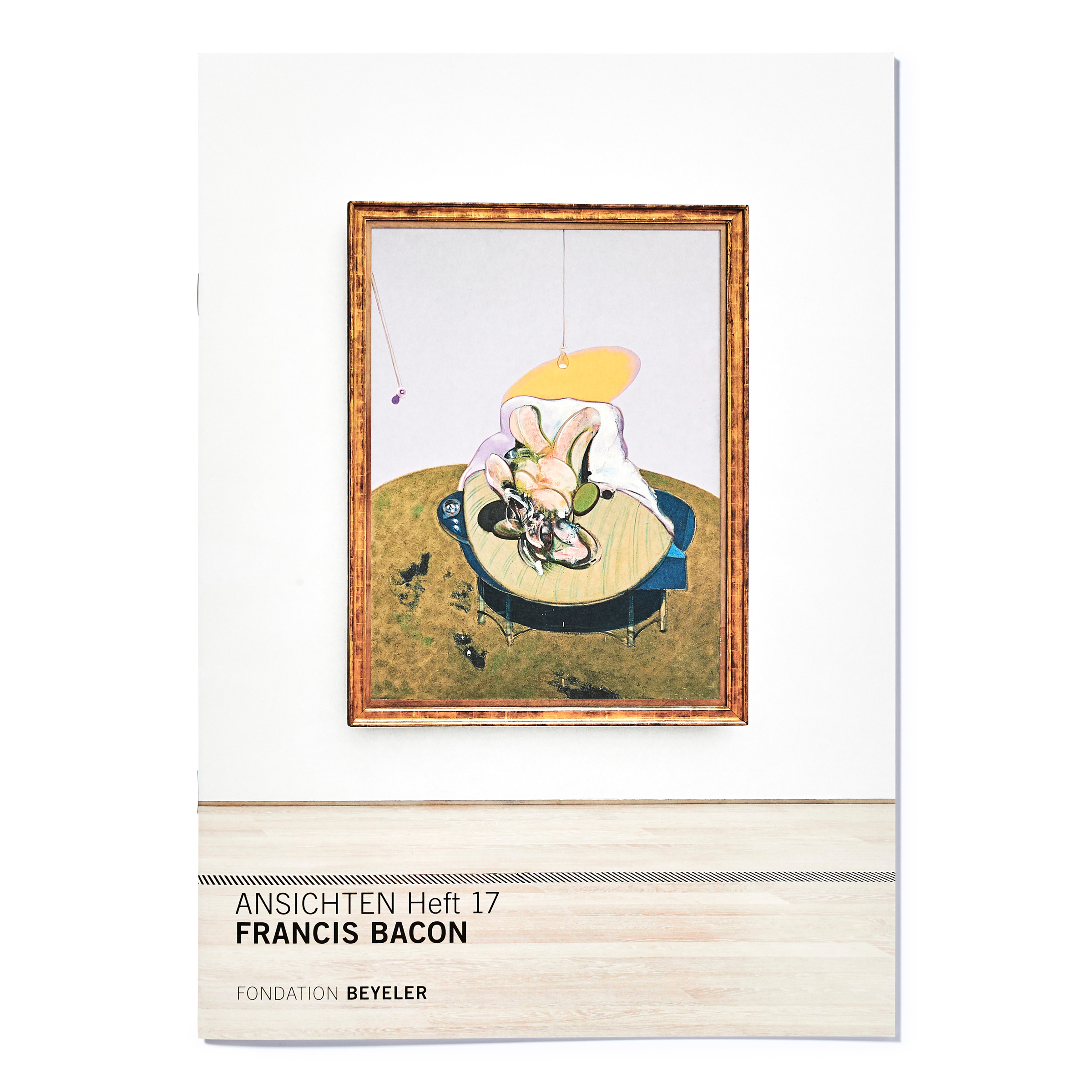 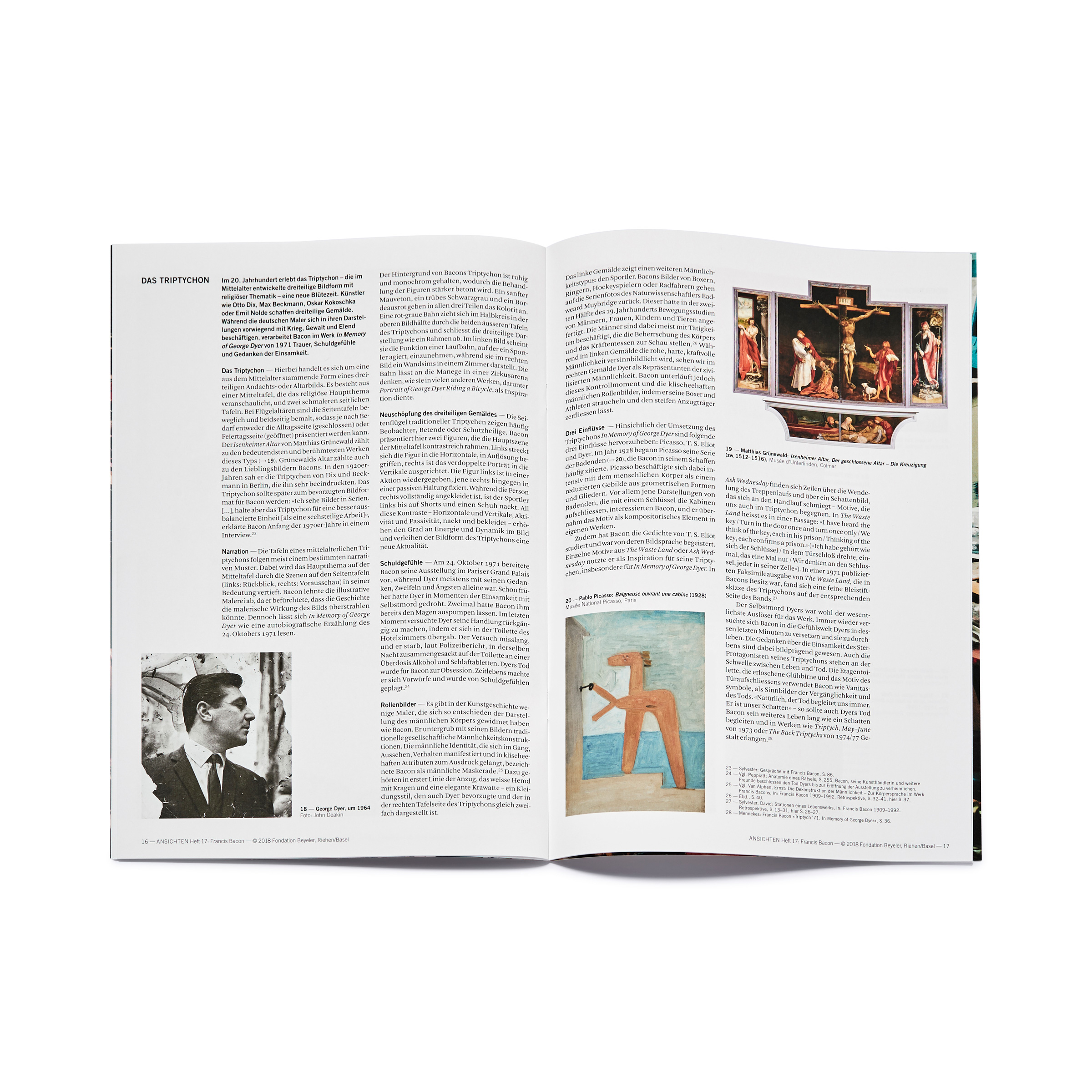 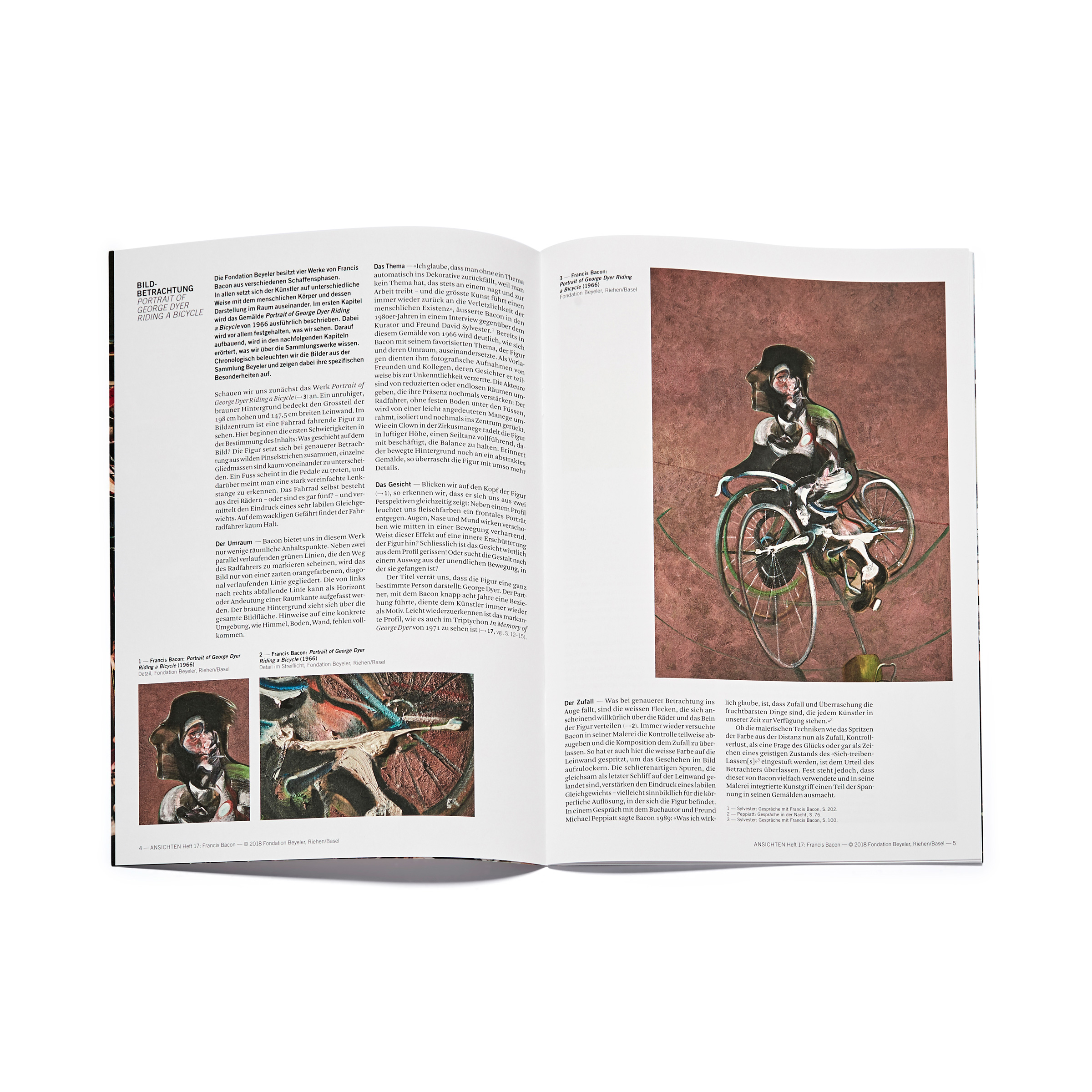 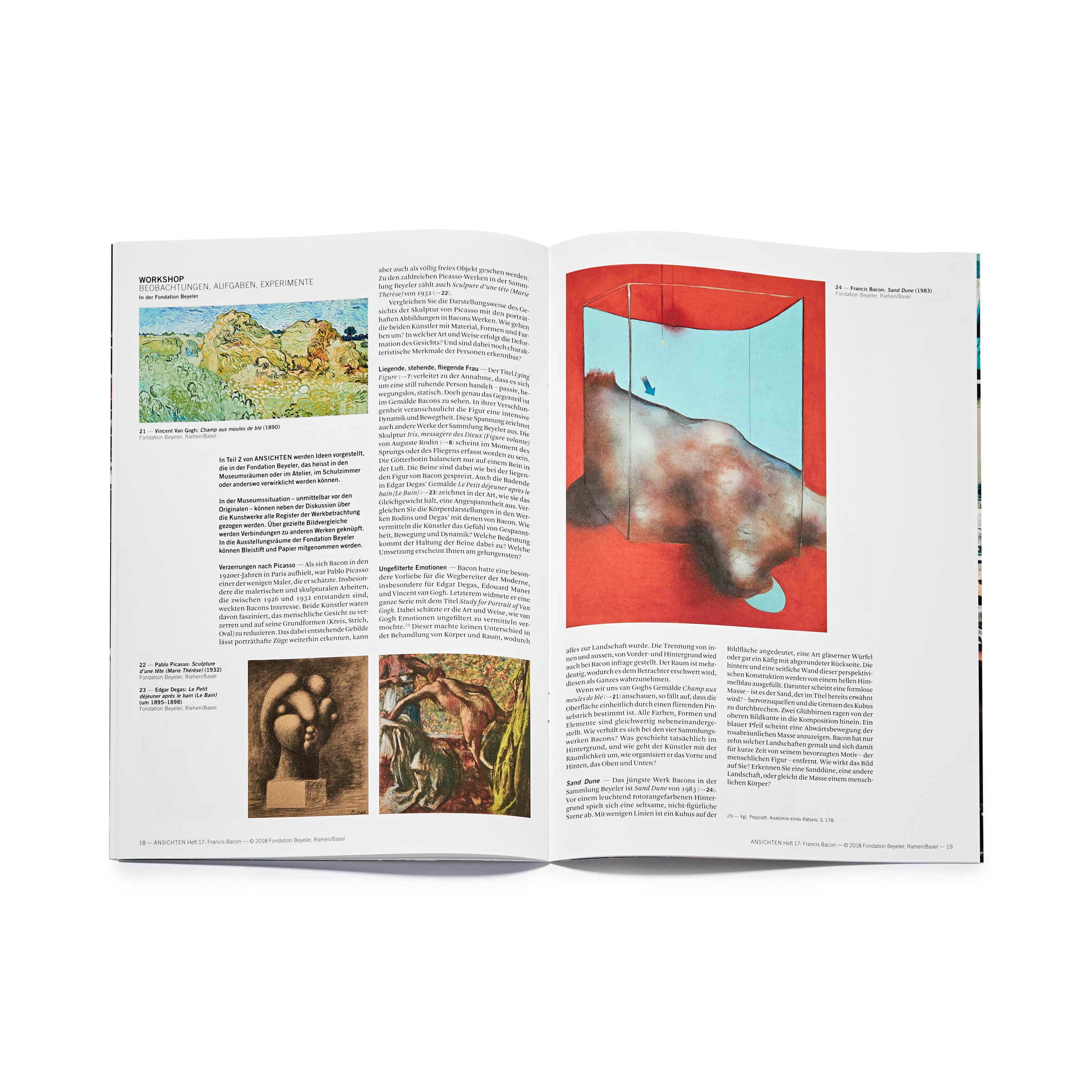 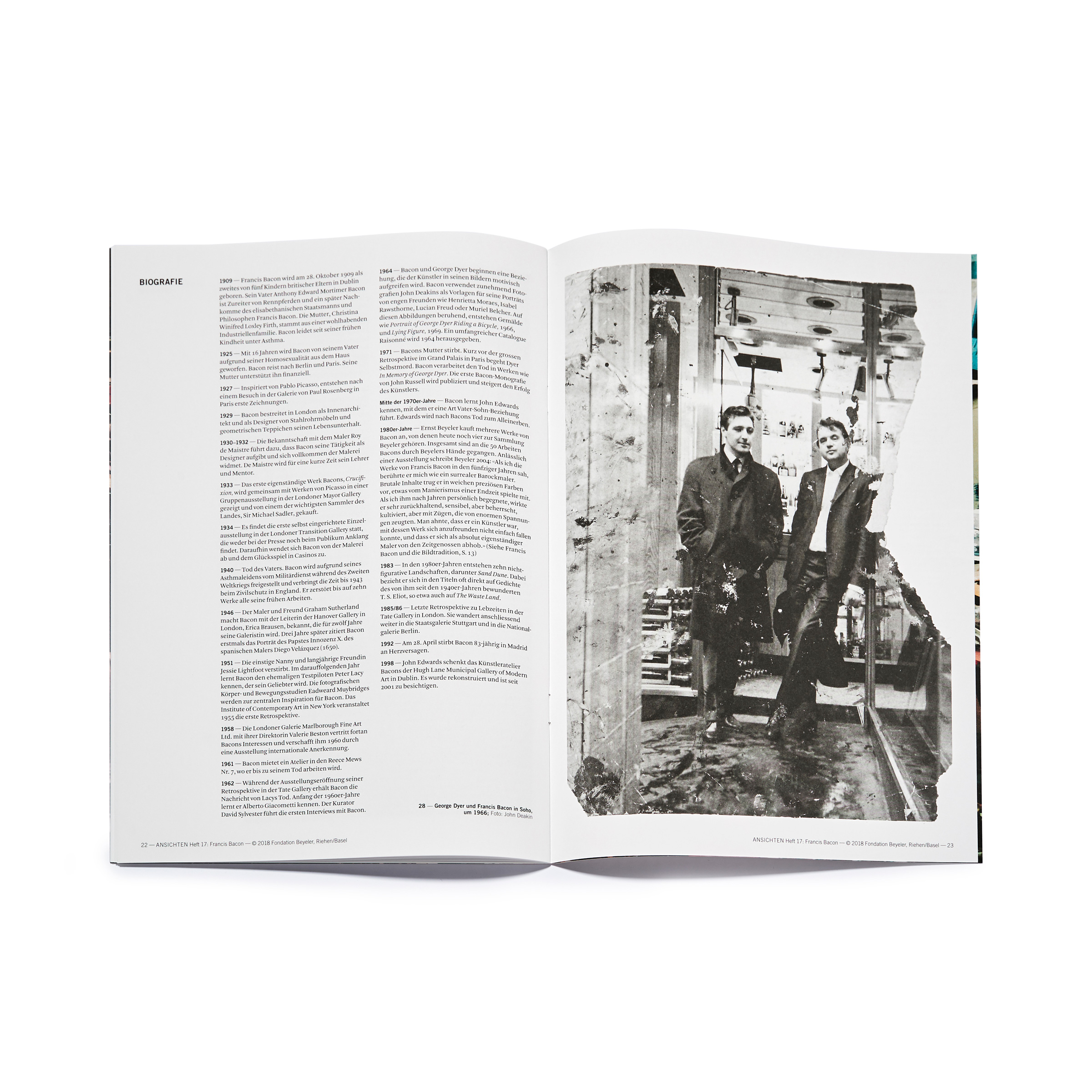 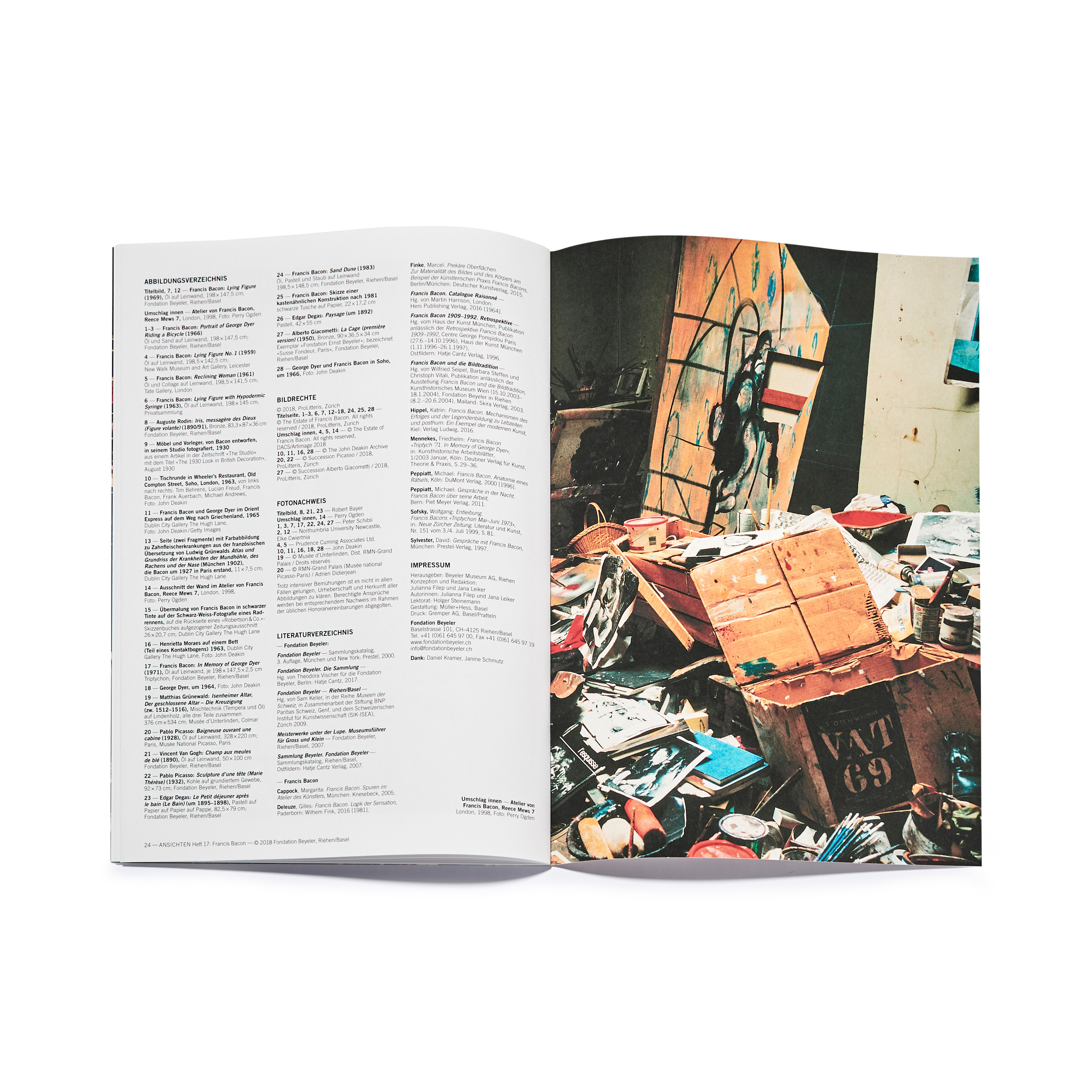 British painter Francis Bacon (1909–1992) is among the internationally most recognised modern artists. Having worked as an interior designer in the late 1920s, he achieved worldwide recognition as a painter after the Second World War. At a time when most artists turned to abstraction, Bacon chose the human figure and portraits as his favored motifs. Bacon, an autodidact painter, made dismembered, distorted and deformed figures a hallmark of his work. Loneliness, melancholia, violence, pain, isolation and lust for life are the themes that run through his entire œuvre.

ANSICHTEN no. 17 takes an in-depth look at the work of Francis Bacon. Key topics include: characteristics and specificities, interesting facts, strange and uncharted territories, and issues of interpretation.

ANSICHTEN is aimed at art lovers and teachers looking to engage in greater depth with the works of the Fondation Beyeler.

The journal also features a practical section, which presents ideas, tasks and experiments that may be carried out at the museum, at school or at home.

ANSICHTEN playfully provides readers with thorough knowledge of the works of the Beyeler Collection.