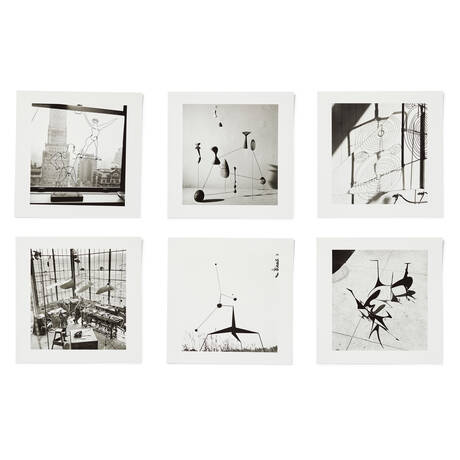 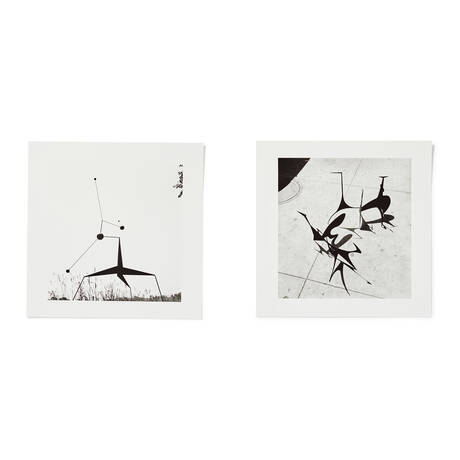 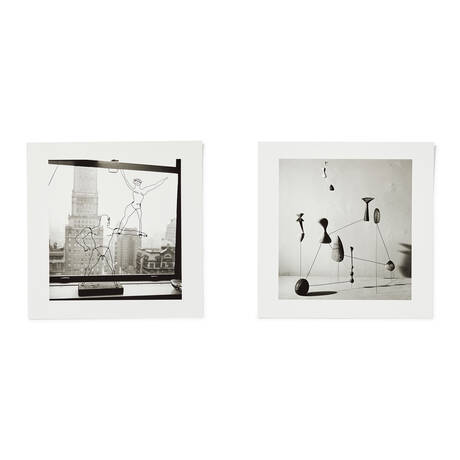 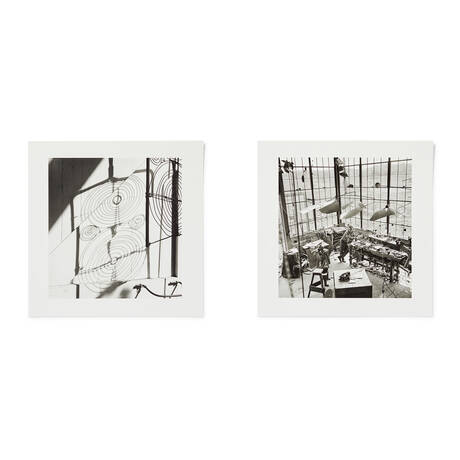 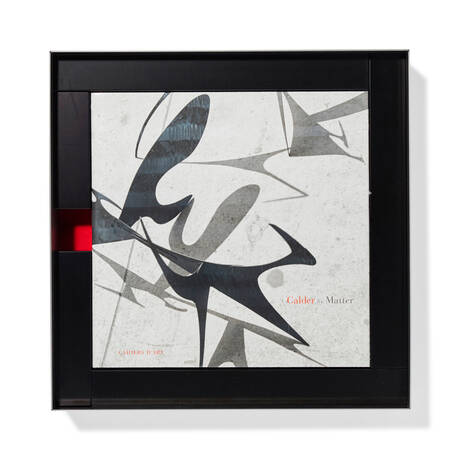 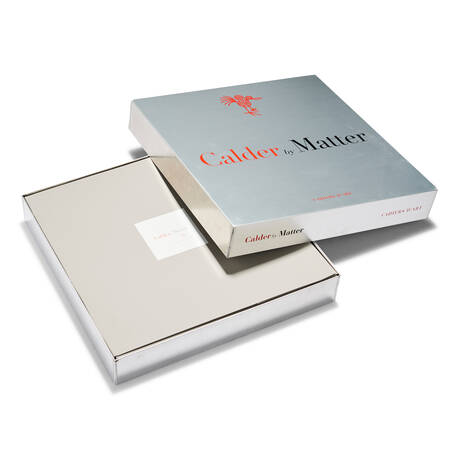 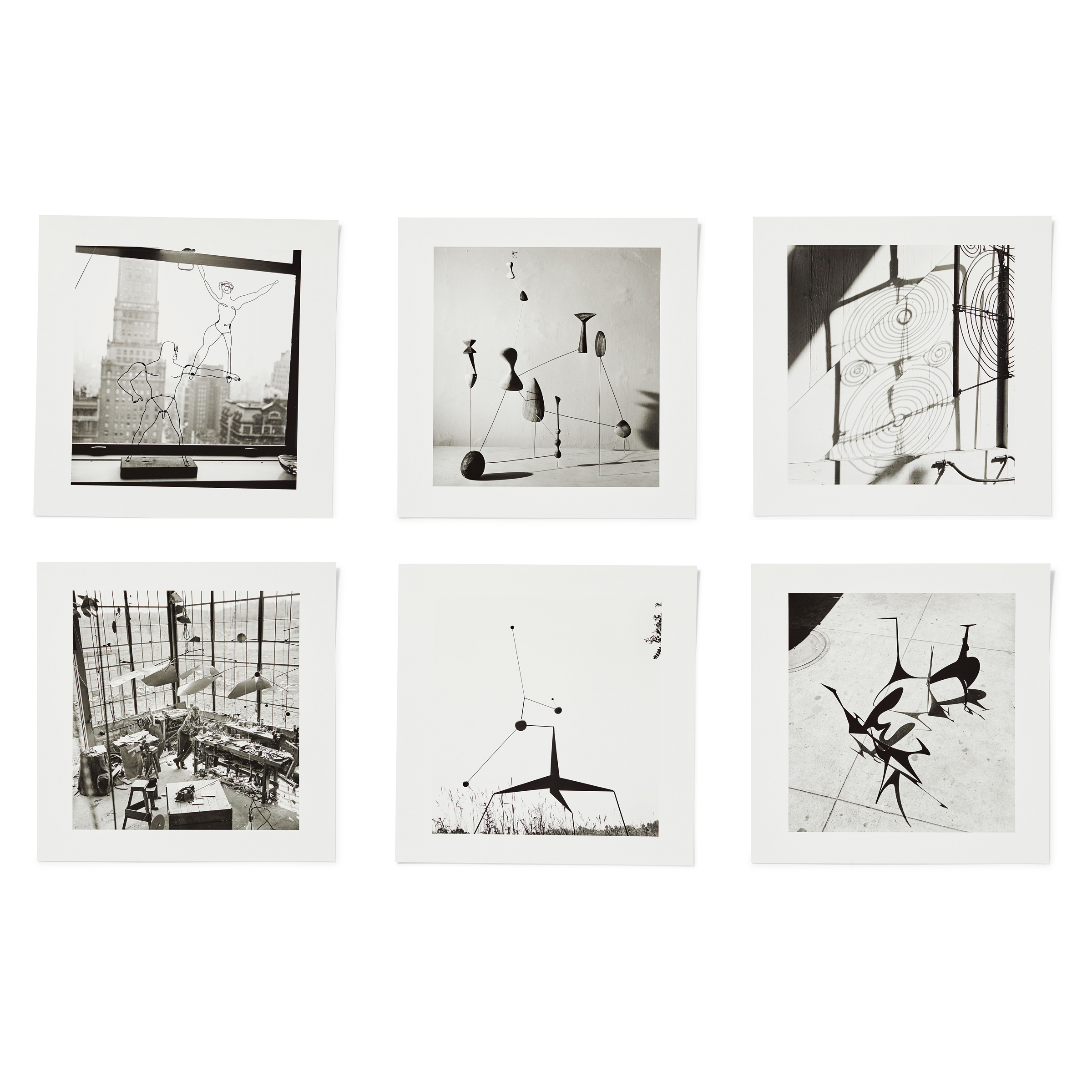 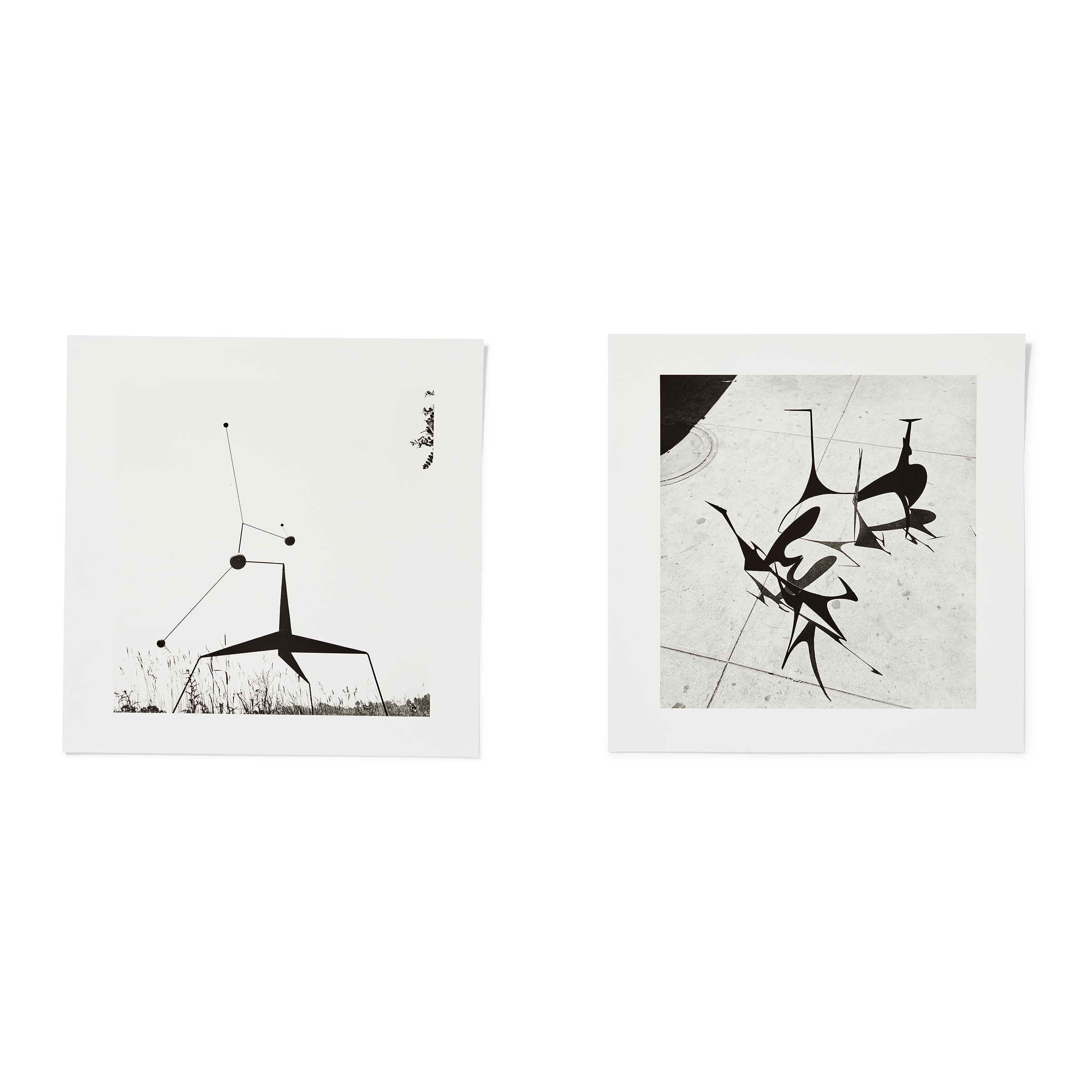 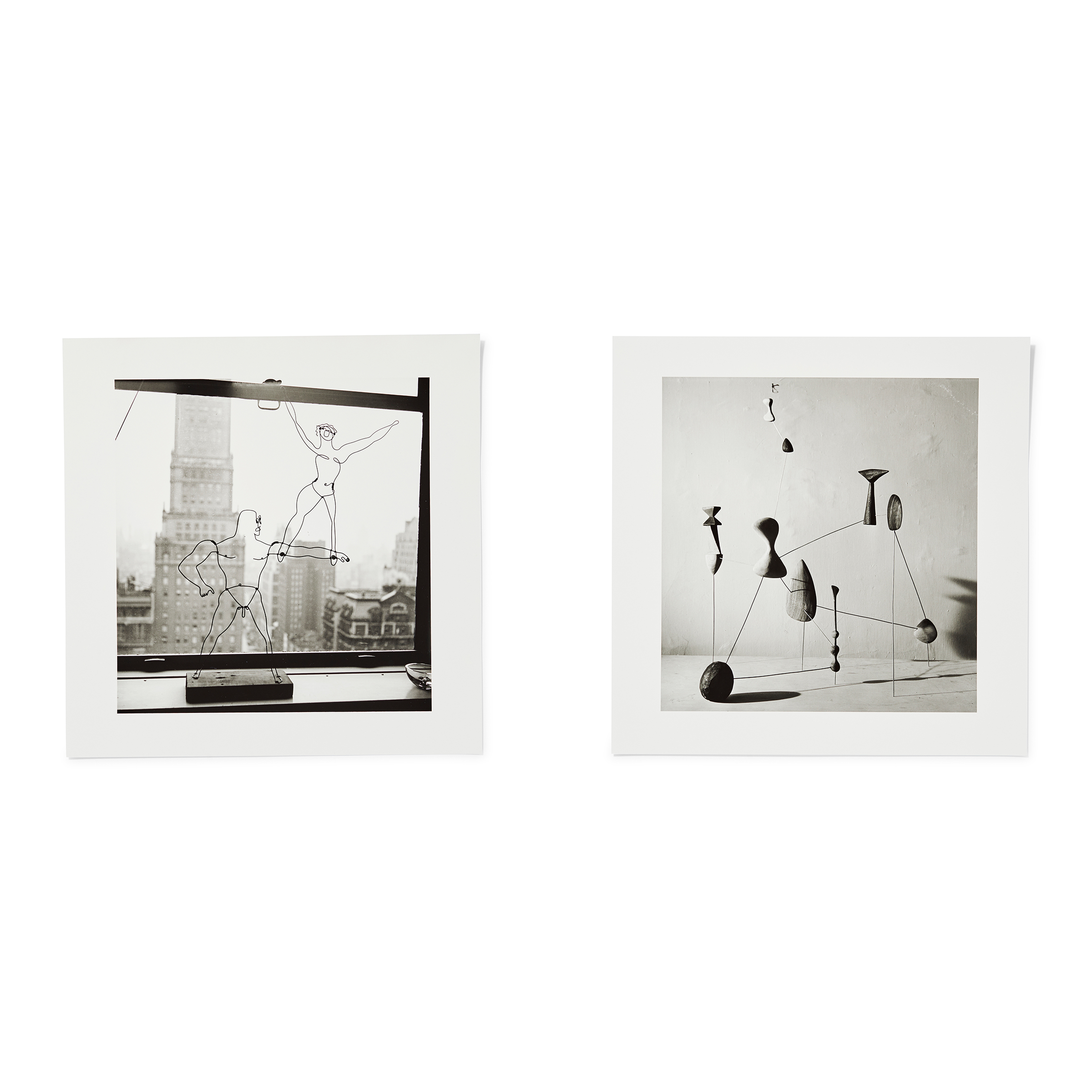 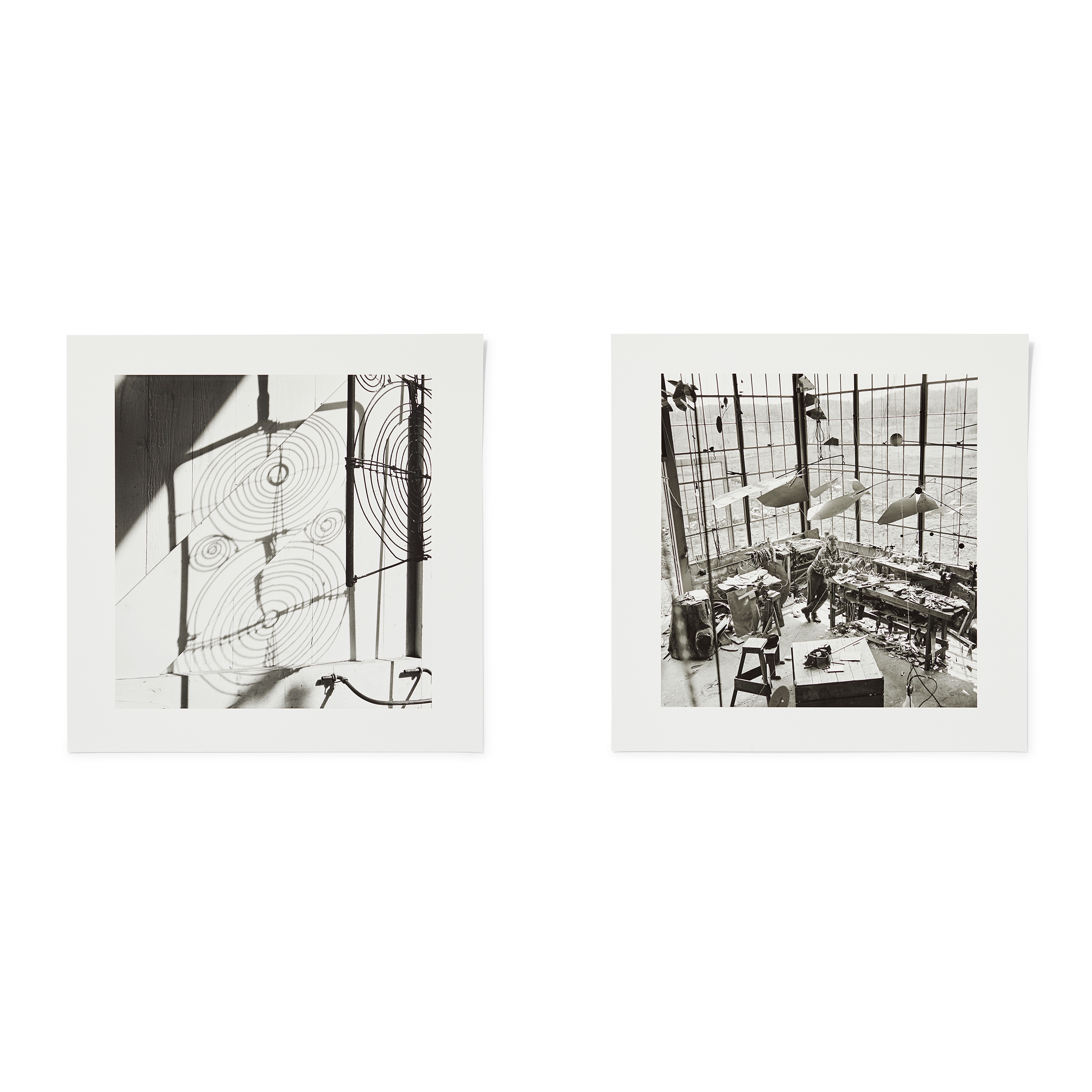 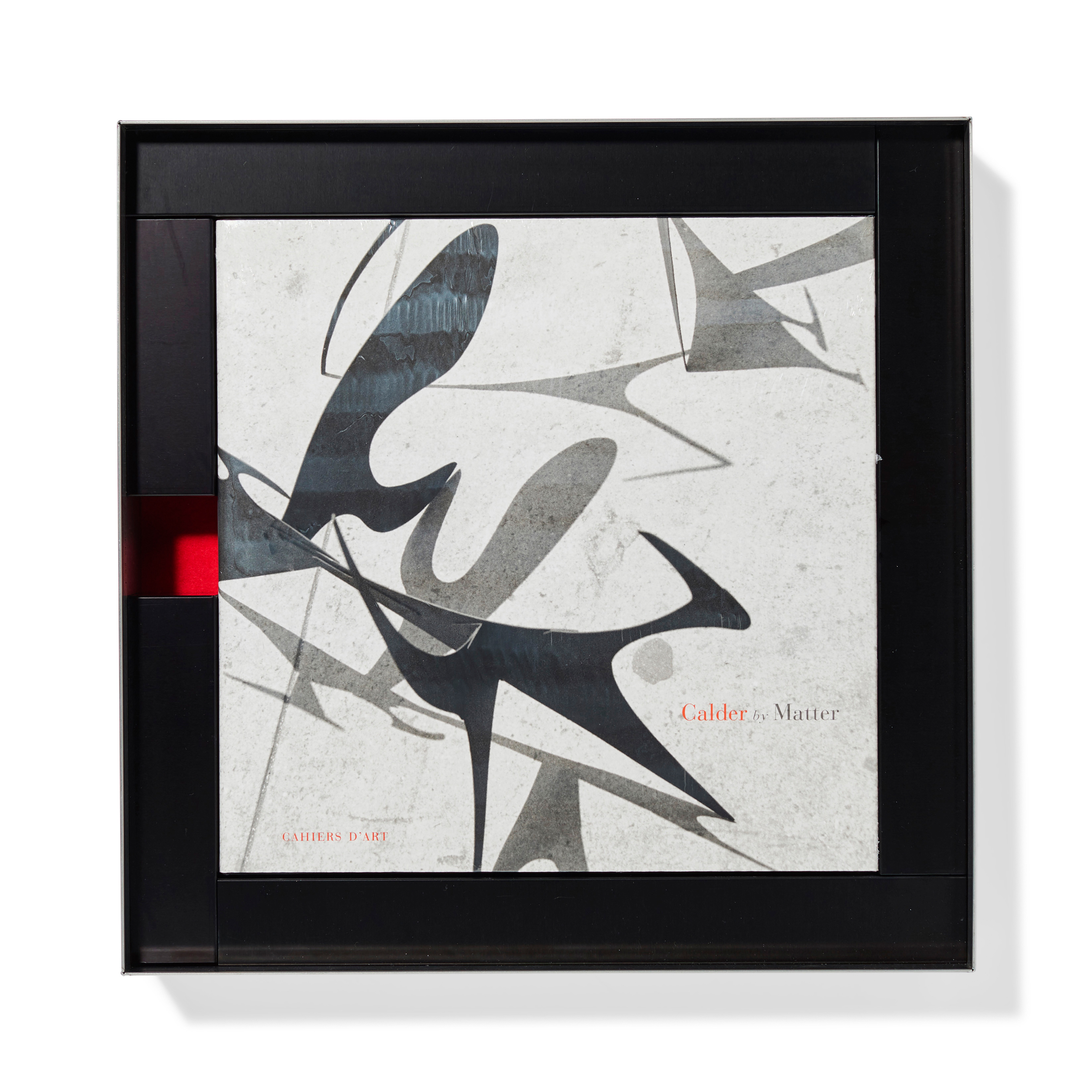 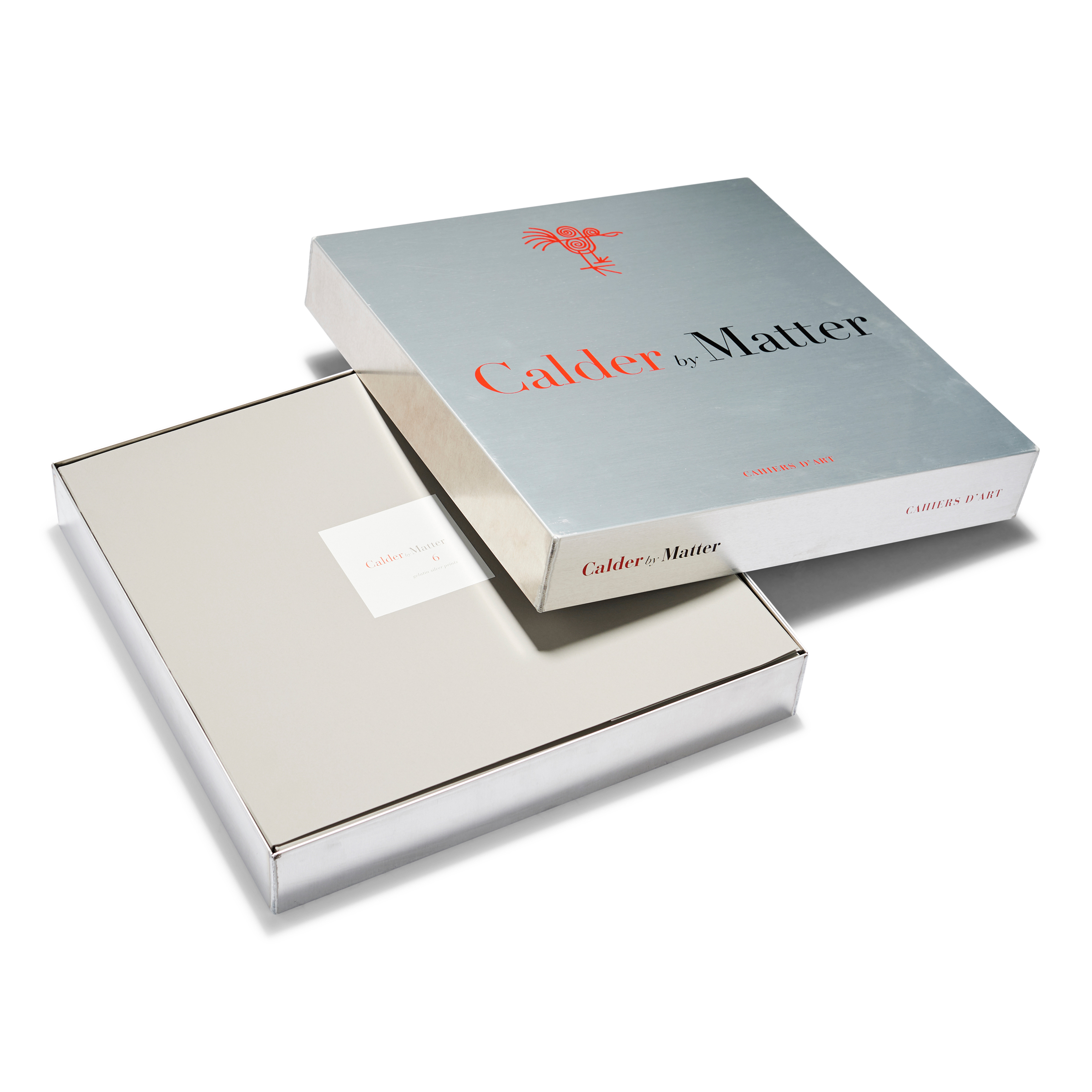 the Work of Calder by Mater

Herbert Matter (1907-1984) was a Swiss-American graphic designer and photographer.

Matter met Alexander Calder as he was photographing his work for the Pierre Matisse gallery in New York. As from this moment, grew a very close friendship between the two artists. Matter was asked to direct the 1944 MoMA film, “Alexander Calder: Sculpture and Constructions” and the 1950 MoMA film “Works of Calder”.

Those six gelatin silver photographs capture Calder at work in his studio and in his home in Connecticut. They translate Matter's admiration for Calder's works and offer a fascinating angle to his art.

This collector’s edition from Cahiers d'Art contains a copy of Calder by Matter in a special black binding and a portfolio of six stamped and numbered gelatin silver photographs by Herbert Matter. It is signed by Alexander Matter, the son of the photographer, and Alexander S. C. Rower, the grandson of the artist, and is presented in a handmade aluminium box.