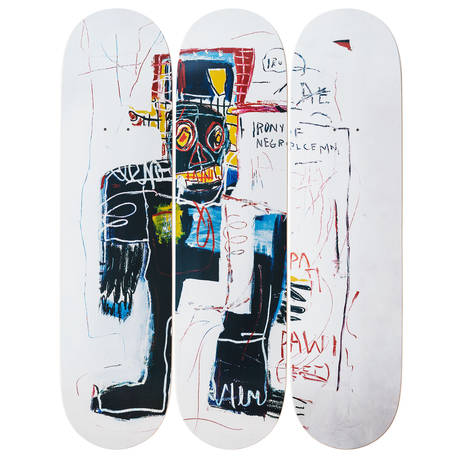 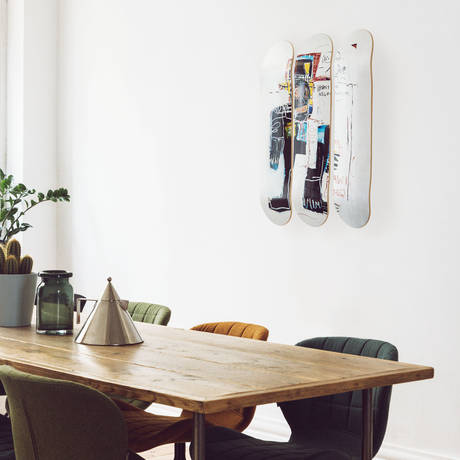 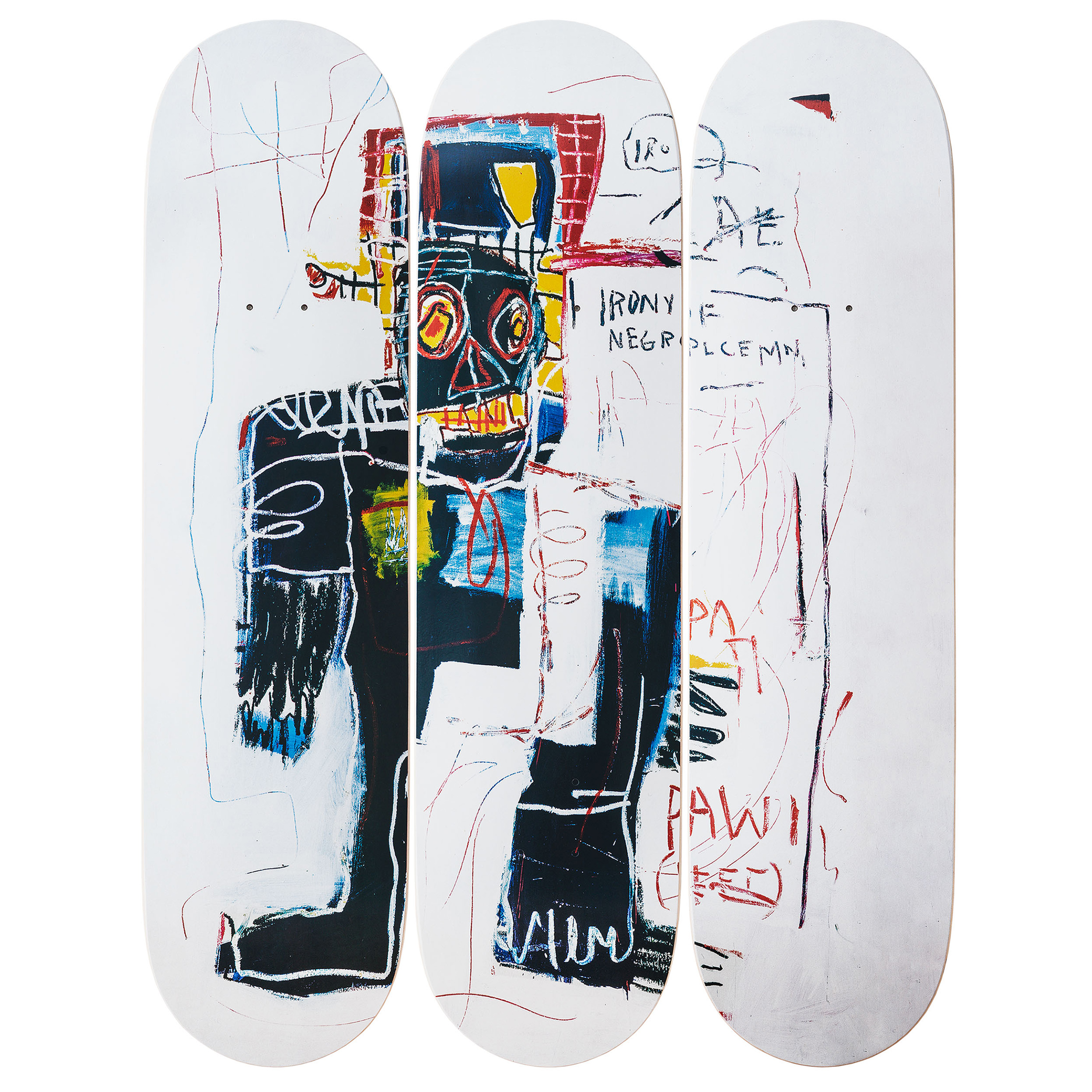 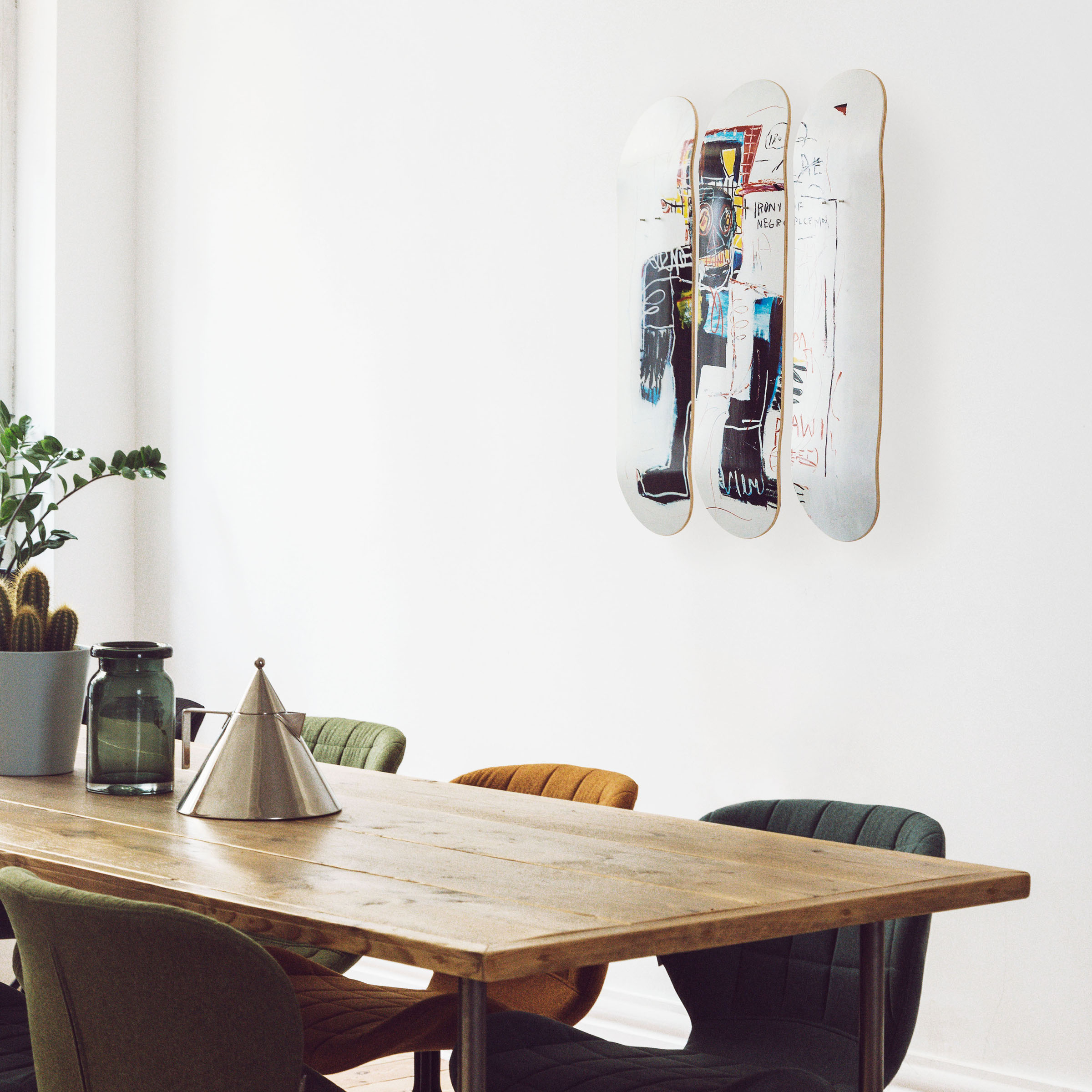 Before Basquiat rose to become one of the most significant artists of the 20th century, his work was already legendary on the streets of downtown NYC. Under the tag SAMO, his poetic and poignant symbols established a visual vocabulary that continues to inspire new generations of graffiti artists to this day

Irony of Negro Policeman is a mixture of graffiti and expressionism. As an African American growing up in New York, Basquiat vehemently believed that African Americans were subjected to the dominance and control of a white male oppressive policing system. At the very core of this painting is the statement that Basquiat envisaged the role of a negro policeman as that of working to enslave his fellow African American citizens. Irony of a Negro Policeman, asks the question: Why should an African American work for a police state that works against them? The painting is a direct artistic statement towards the white male dominated establishment. At the same time, Basquiat is also critiquing his own race. The cartoon like and almost harsh looking policeman has been made to represent the foolishness of any African American who wishes to become a law enforcement officer. Basquiat truly believed that they would only be enslaving themselves, while working for a white supremacy police group.