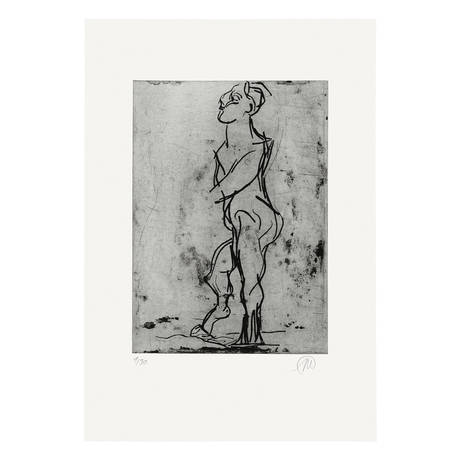 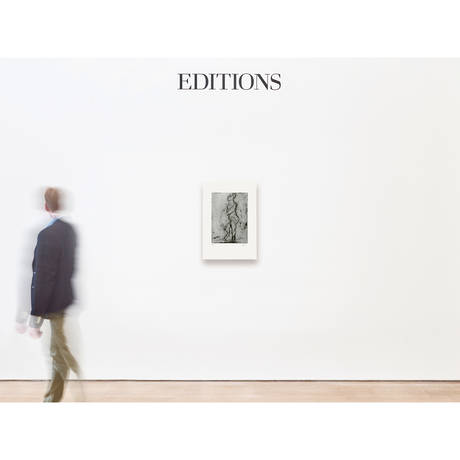 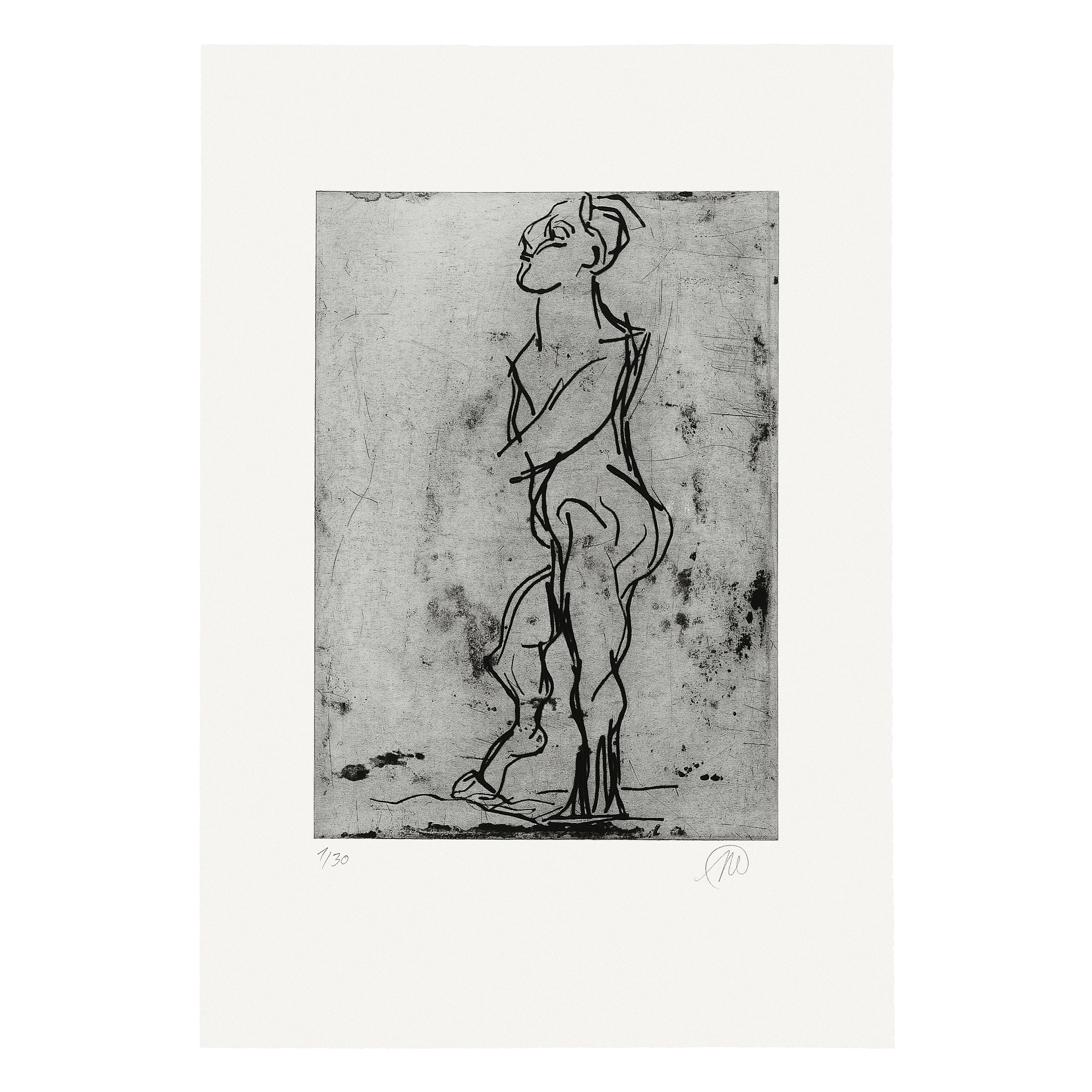 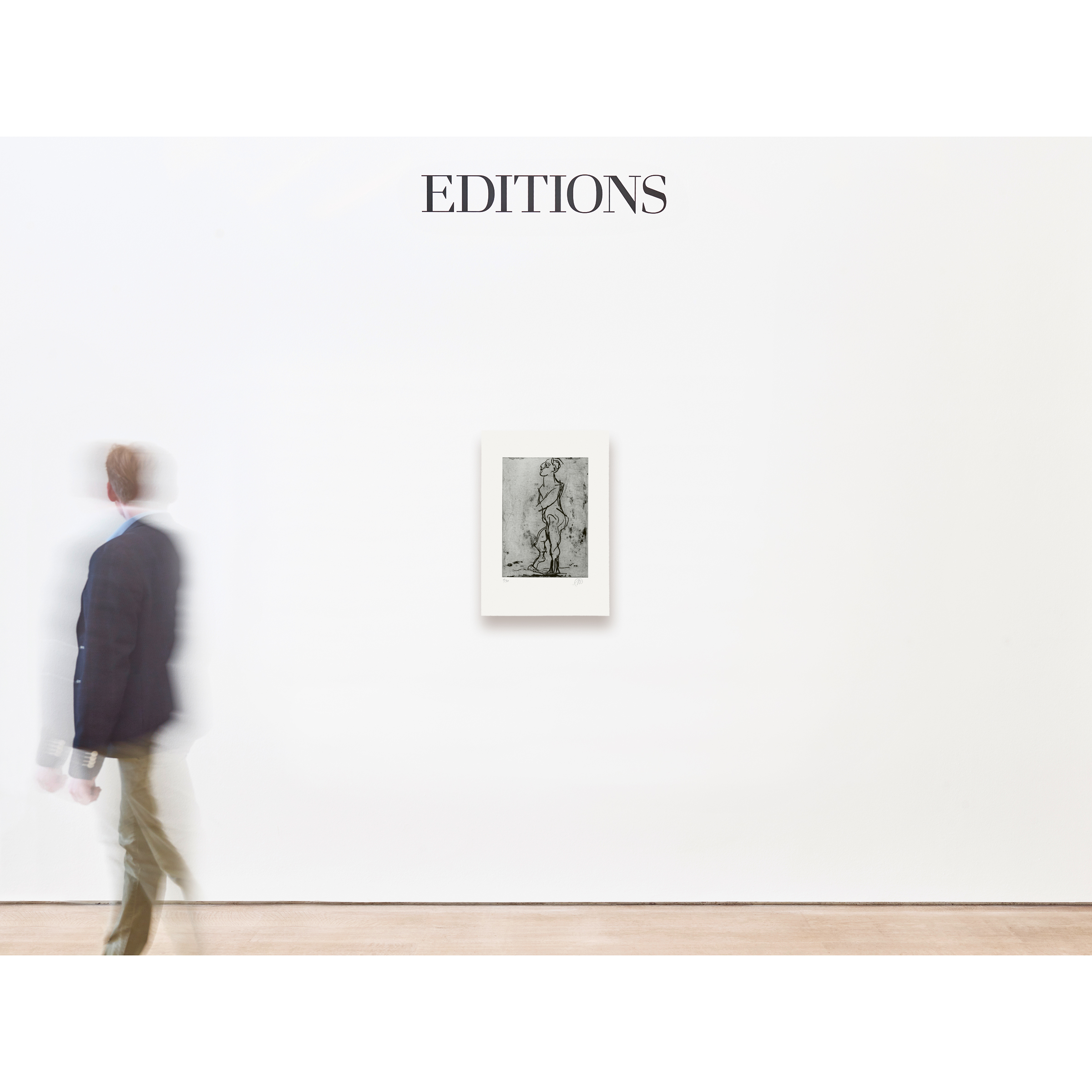 A deity at home

The German painter and sculptor Markus Lüpertz (b. 1941) ranks amongst the most influential artists of the present day. A representative of Neo-Expressionism, his works are characterized by suggestive force and archaic monumentality. From 1988 to 2009 Lüpertz was director of the Staatliche Kunstakademie in Düsseldorf.

Lüpertz’ oeuvre from the period 1969–1977 contained many “German” motifs that triggered uncomfortable associations with the Third Reich and National Socialism. In breaking the taboo of silence that still surrounded his country’s recent Nazi past, he polarized many people. In his later works, Lüpertz turned to themes drawn from Greek mythology. The Art Edition Daphne is a nature deity and a virginal huntress like the goddess Diana. As a drypoint etching, she is a powerful beauty. Perhaps you would like to offer her one of 30 fine homes on this earth? 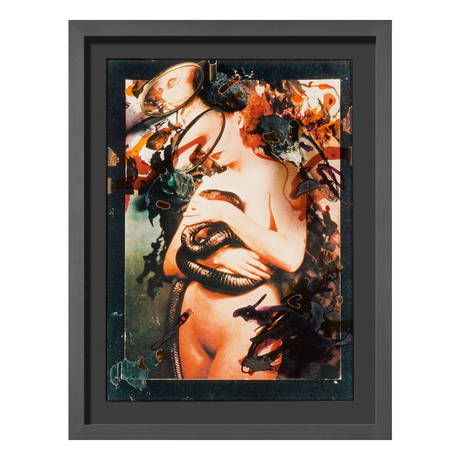 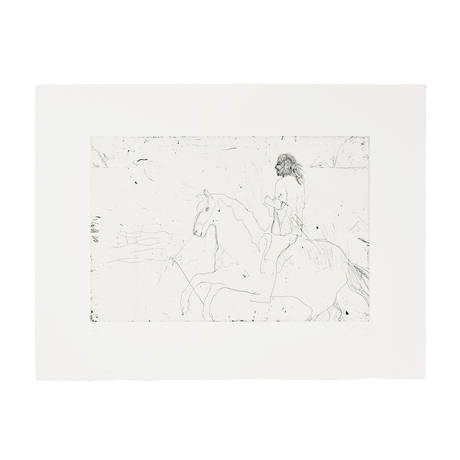 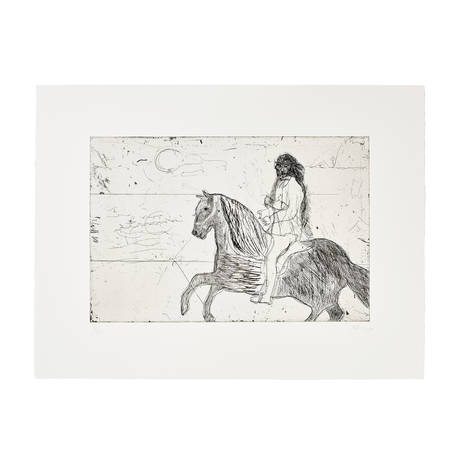 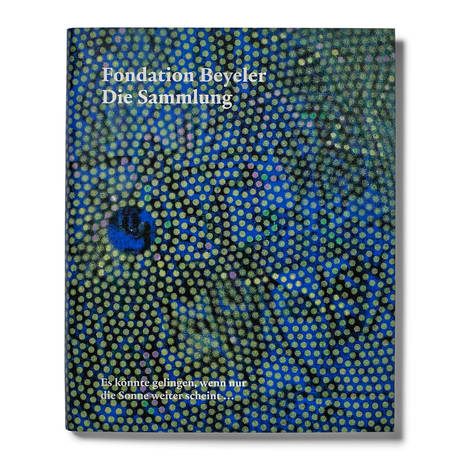