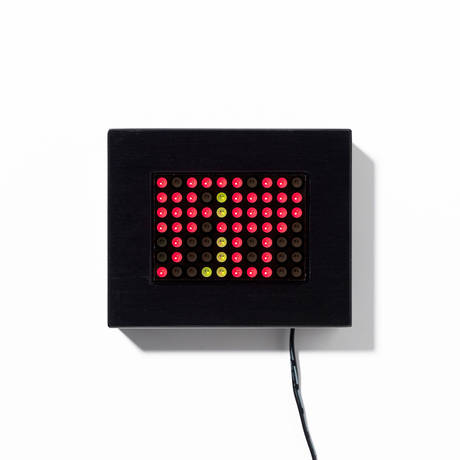 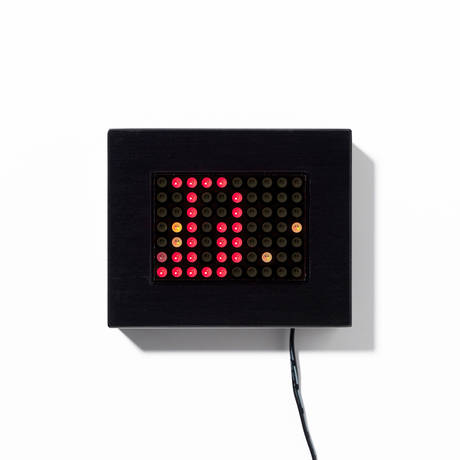 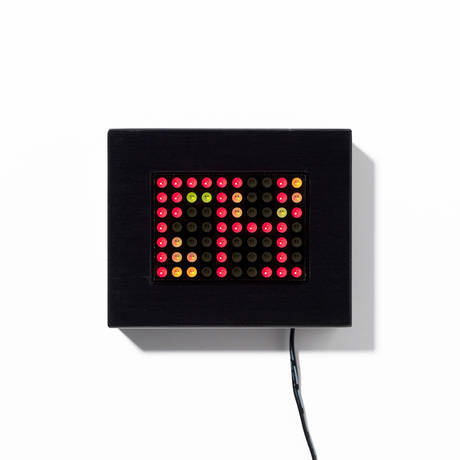 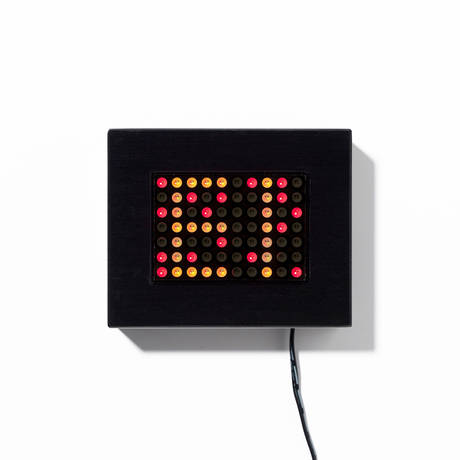 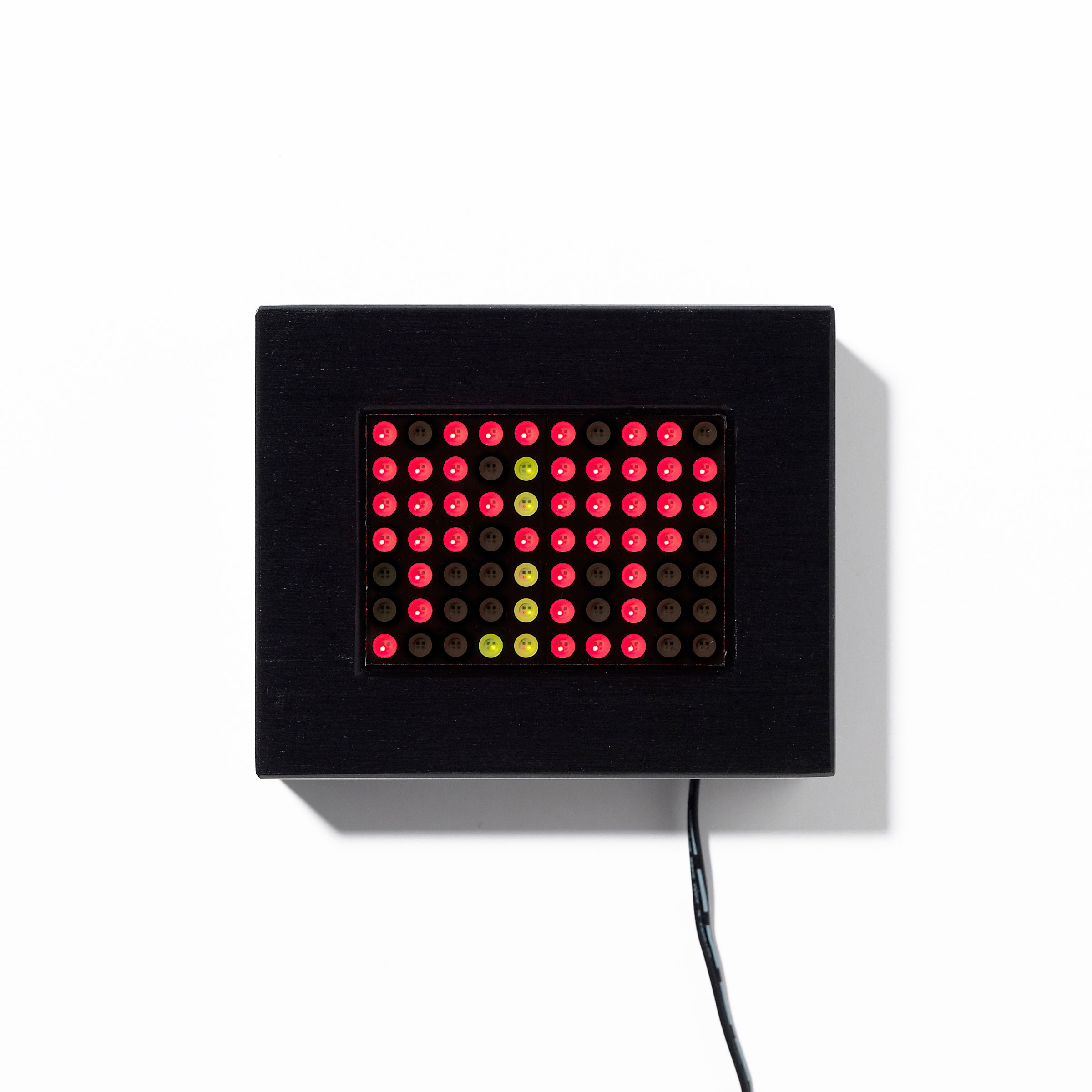 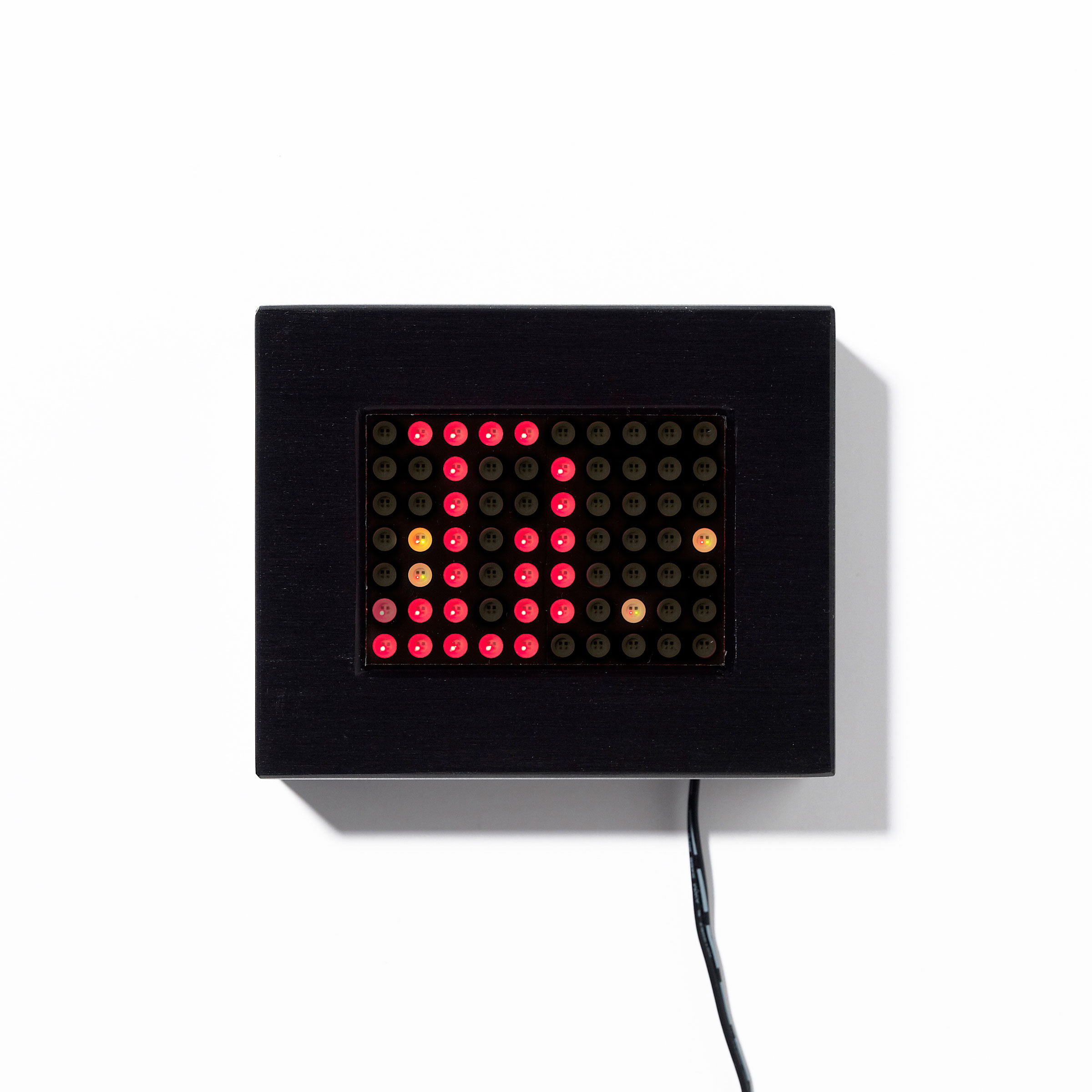 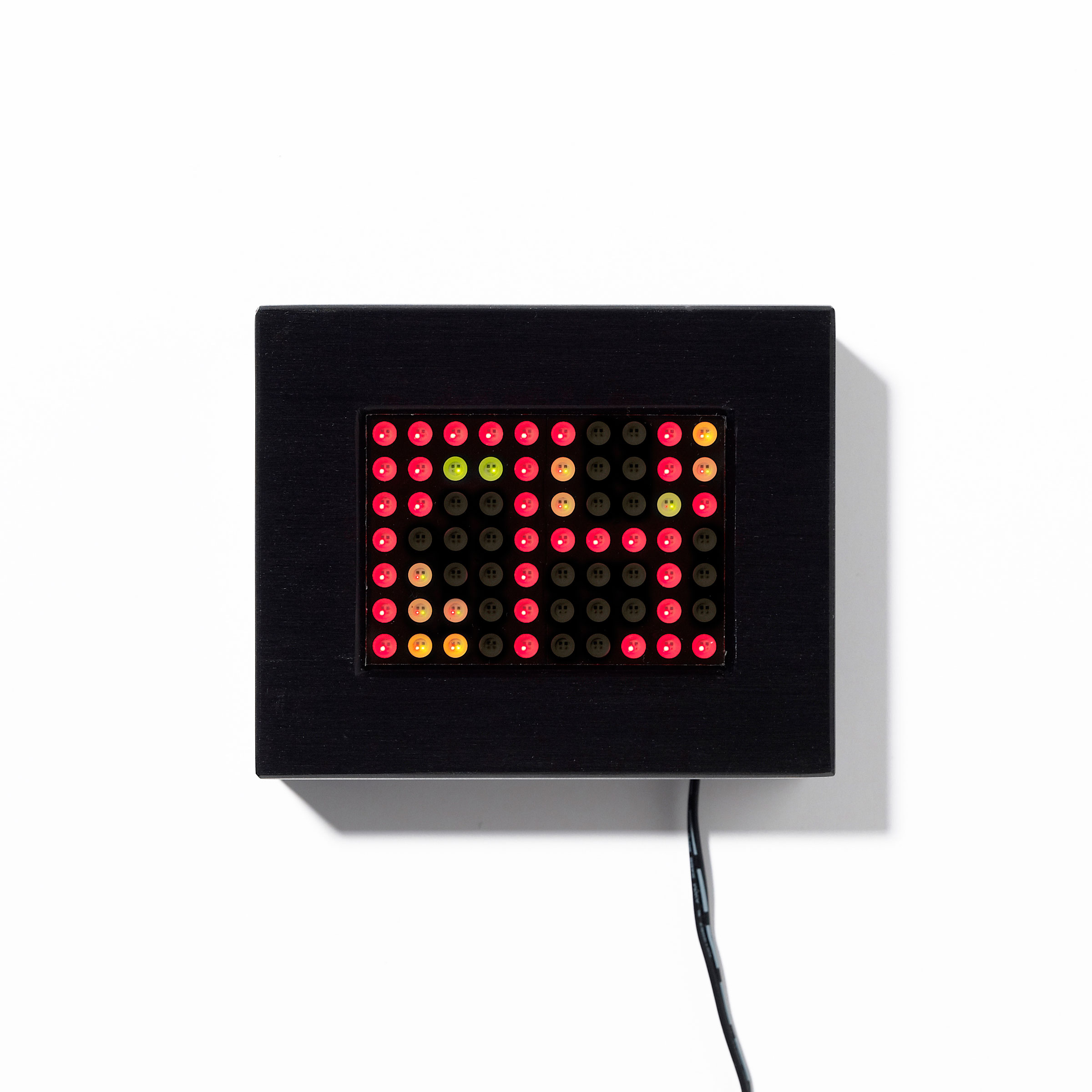 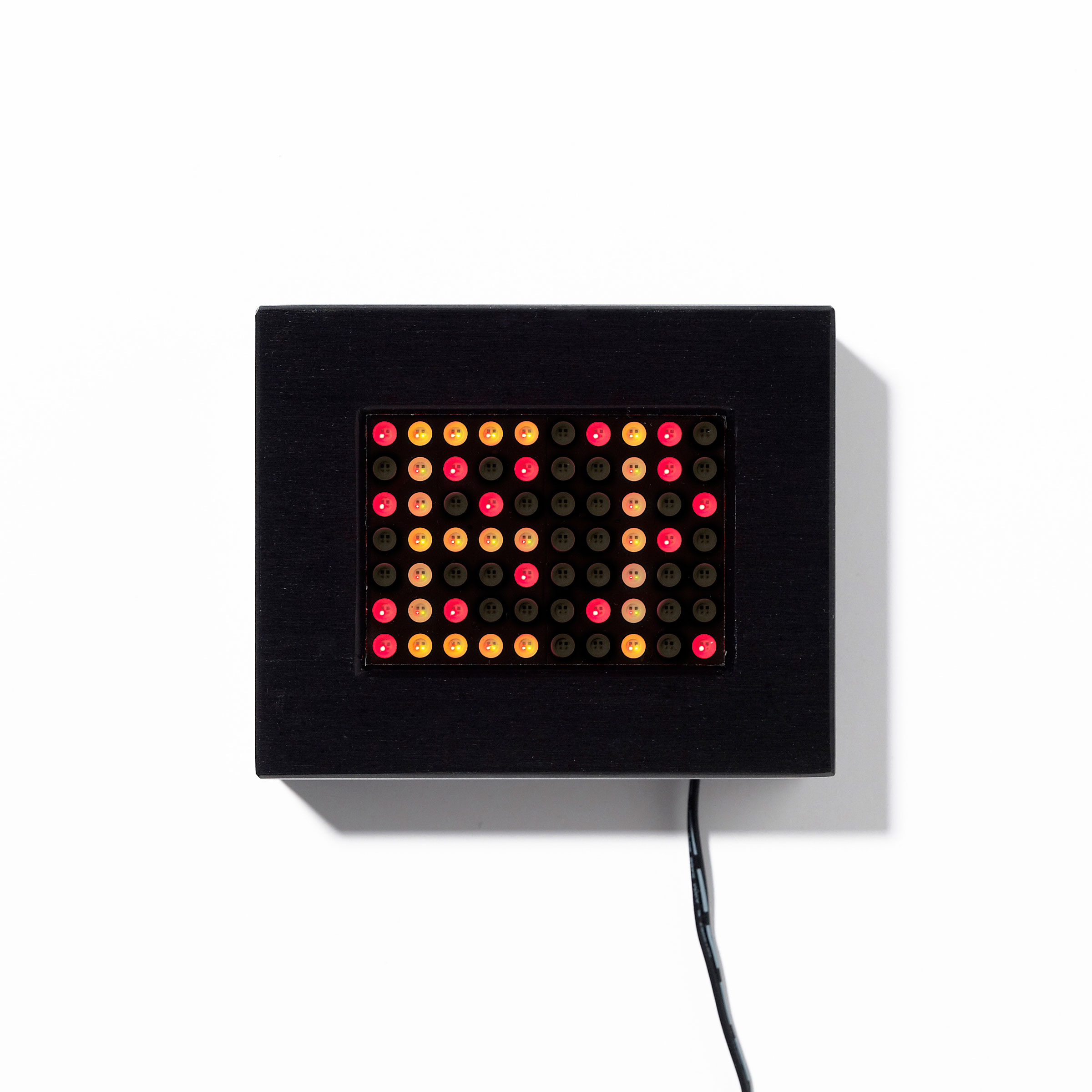 Inflammatory Essays (1979–1982)
Influenced by Holzer’s readings of political, art, religious, utopian, and other manifestos, the Inflammatory Essays are a collection of 100-word texts that were printed on colored paper and posted throughout New York City. Like any manifesto, the voice in each essay urges and es- pouses a strong and particular ideology. By masking the author of the essays, Holzer allows the viewer to assess ideologies divorced from the personalities that propel them. With this series, Holzer invites the reader to consider the urgent necessity of social change, the possibility for manipulation of the public, and the conditions that attend revolution.

Living (1980–1982)
In the Living series, Holzer presents a set of quiet observations, directions, and warnings. Unlike the Inflammatory Essays, the Living texts are written in a matter of fact, journalistic style, suitable for descriptions of everyday life. The commentaries touch on how the individual and his or her body negotiates landscapes, persons, rules, expectations, desires, fears, other bodies, one’s flesh, and one’s self. The Living writing appeared on cast bronze plaques, of the sort that often appear on historical buildings, to lend the writing authority. The writings were also incorporated into hand-painted signs.

Laments (1989)
Written during the bleakest insurgence of the AIDS epidemic, the Laments chronicle unnecessary death in the first-person voices of the unknown and unnamed who suffer. Written from the viewpoints of women, men, children, and an infant, the Lamentswere first shown at the Dia Art Foundation on thirteen stone sarcophagi and in thirteen vertical synchronized LED signs.

Arno (1996)
Begun as an account of losing someone to AIDS, Arno, more expansively, treats living with the death of one who was loved. A version of the text made its debut in a music video for Red, Hot and Dance, an AIDS fundraiser. The writing was completed, and made general, so as to treat anyone’s loss after a great and terrible love. Arno next was presented to the public as a light projection on the Arno River in Florence, Italy, in 1996. This projection on the Arno was Holzer’s first, and this medium has been crucial to Holzer’s practice since. 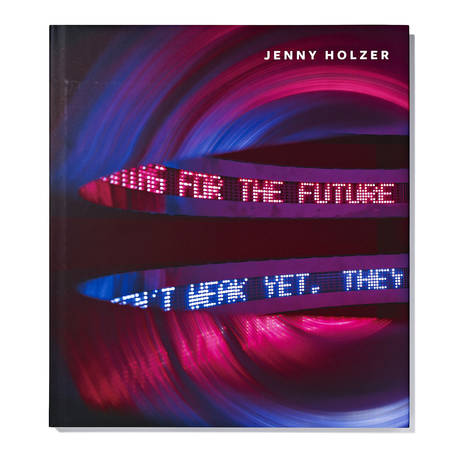