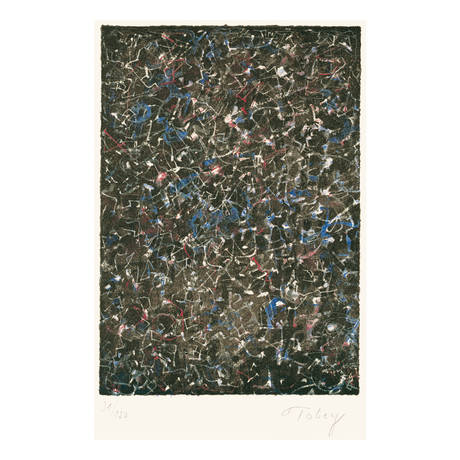 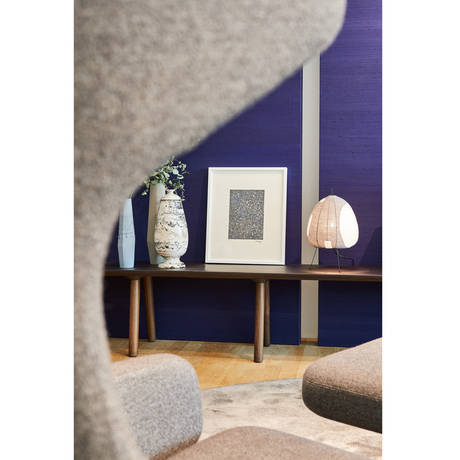 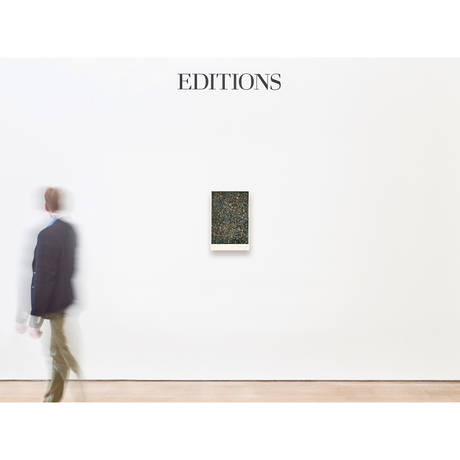 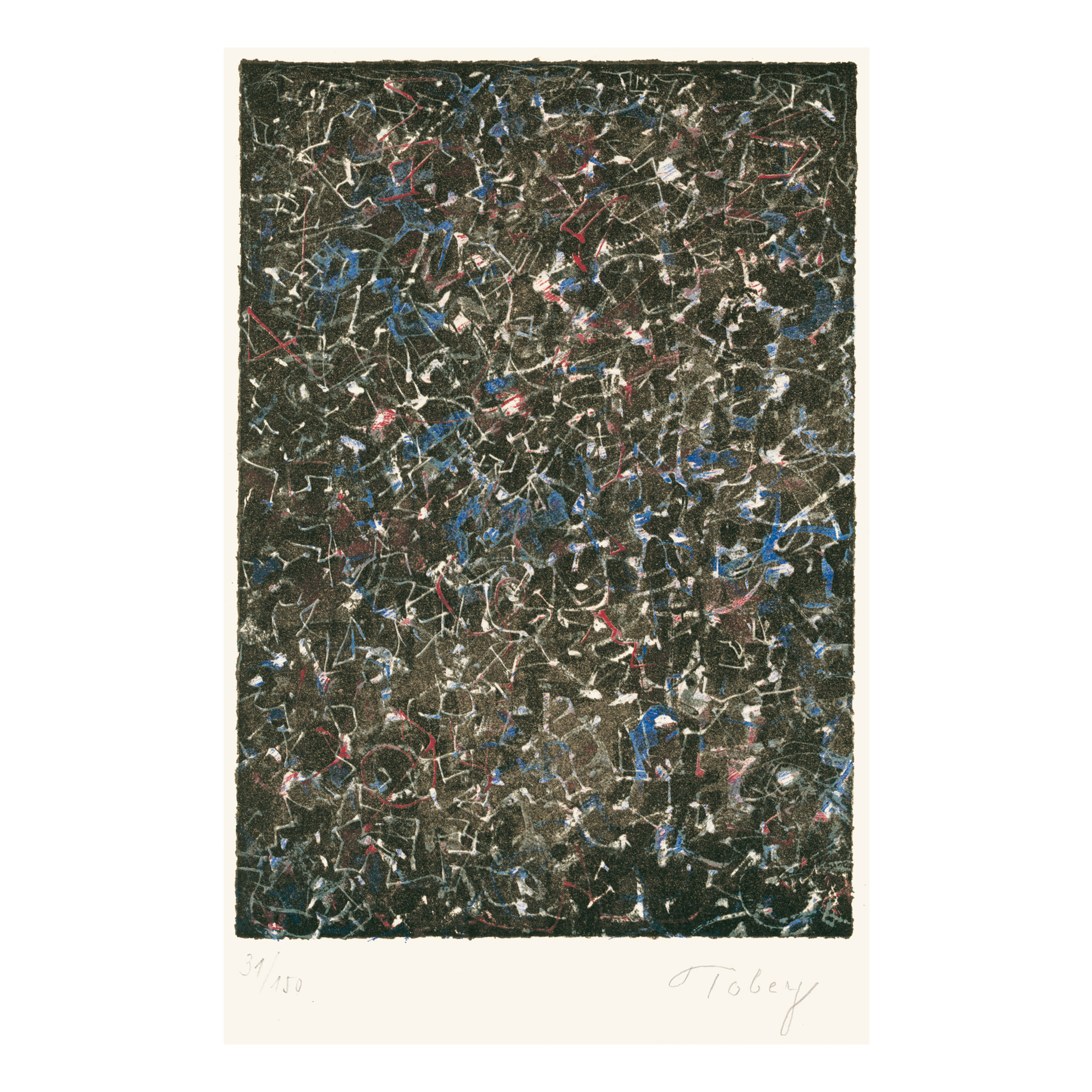 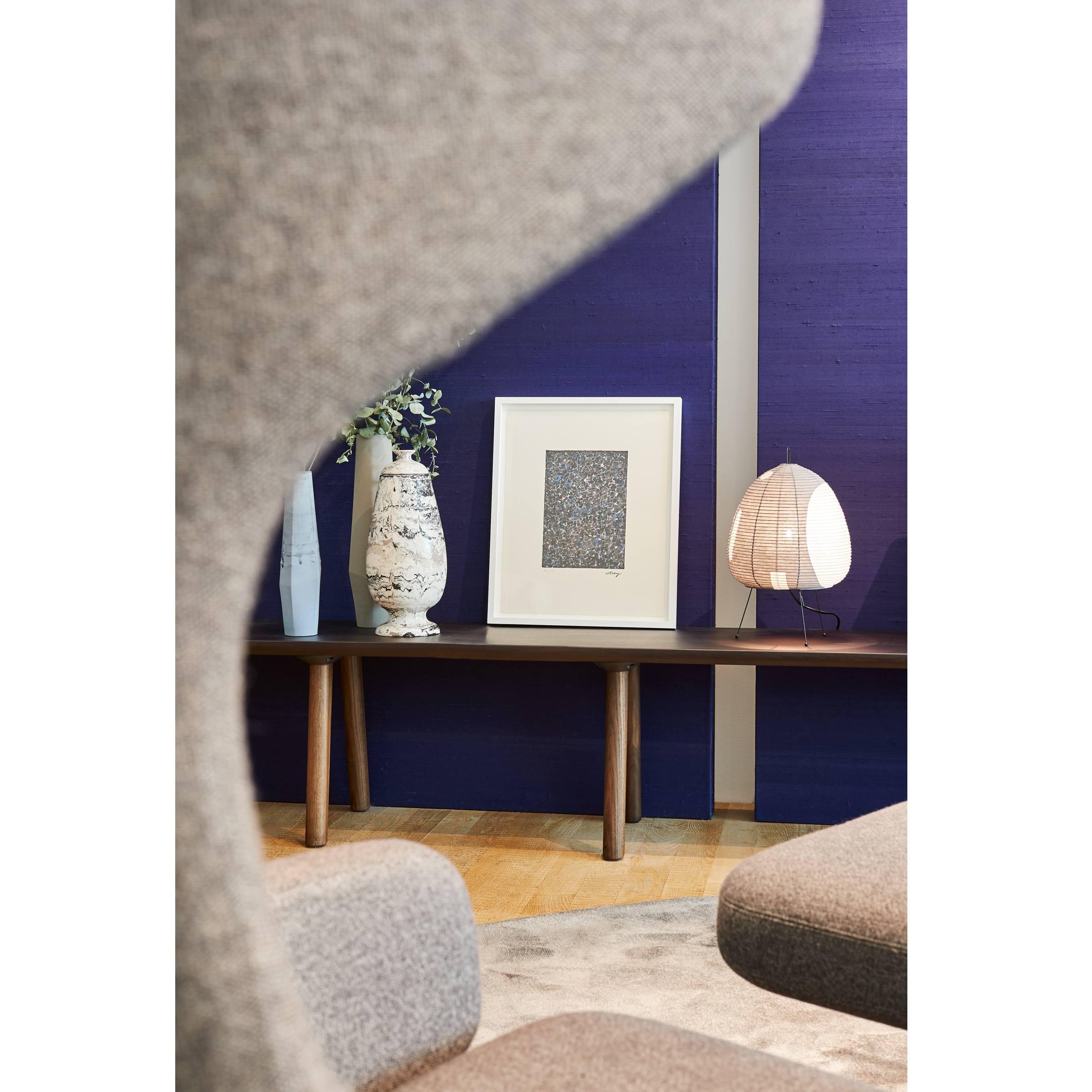 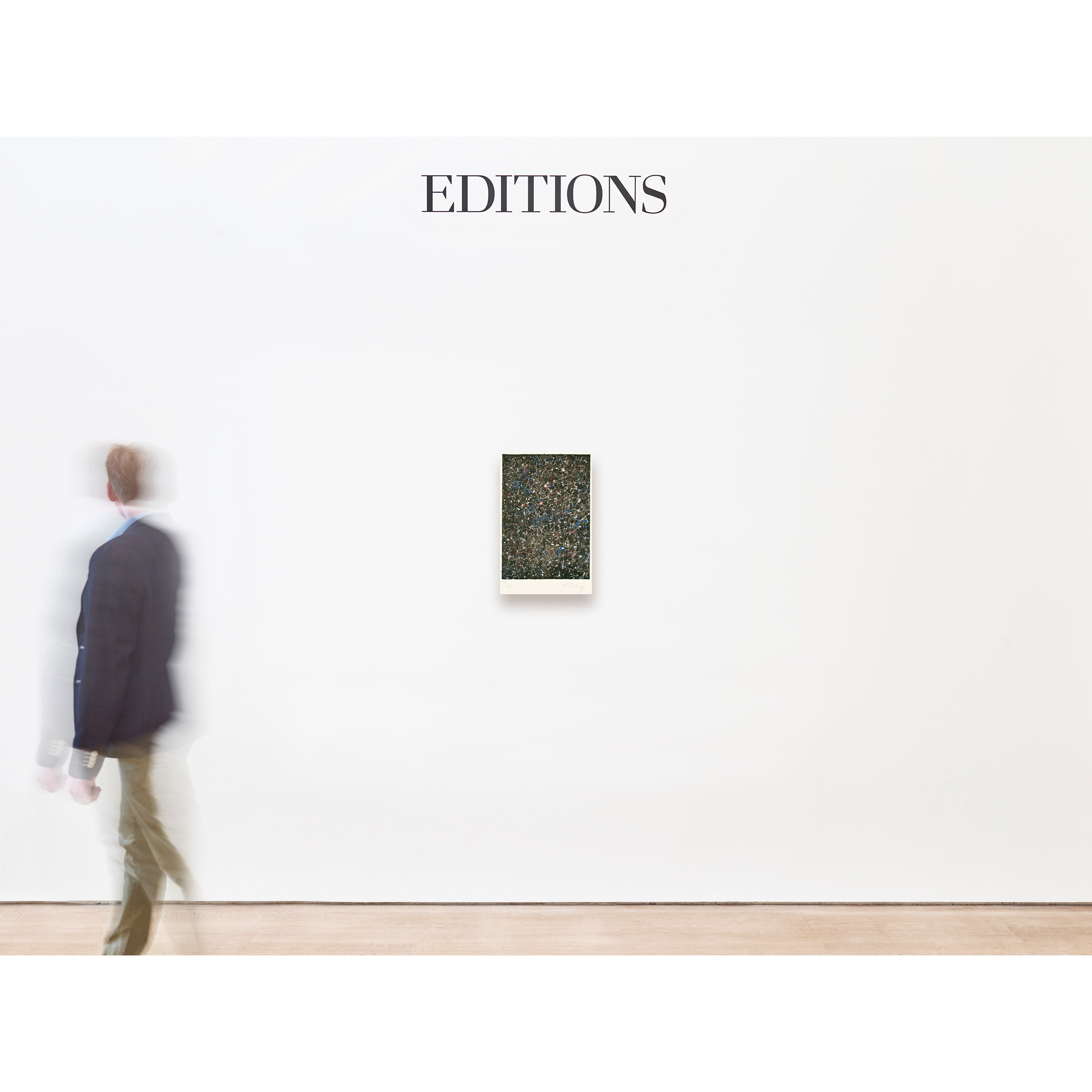 Marc Tobey (1890–1976) is regarded as an important precursor of American Abstract Expressionism. He is particularly well known for his “white writing” paintings, which reflect the influence of East Asian painting and calligraphy. These impressive works, painstakingly created in mixed media, are characterized by crystalline networks of fine lines. Their abstract, filigree structures are thereby infused with undulating, interconnecting and overlapping movement. Marc Tobey cemented his success in Europe when he won the Painting Prize at the 1958 Venice Biennale. Following the purchase of 40 of his works by Ernst Beyeler, in 1960 Tobey decided to settle permanently in Basel, where he lived until his death. The numbered and signed Art Edition Nightflight comes from the Beyeler Gallery and is the last of Tobey’s color lithographs. 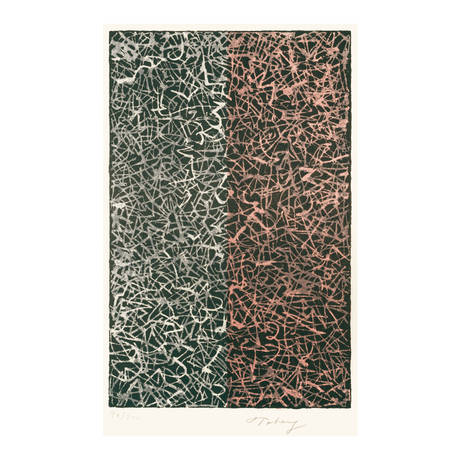 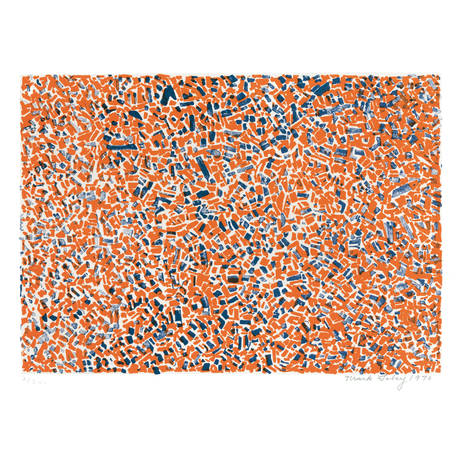